Pure Tonic Returns To Show The World What Real Hard Rock Is All About – ‘Suck It Up’ October 8, 2021

Pure Tonic Returns To Show The World What Real Hard Rock Is All About – ‘Suck It Up’ This October!

Ever since they originally exploded into the international music-scene with their gripping intensity and epic Hard Rock vibes with their debut record Bliss n’ Bleakness in 2019, after putting in the work within the underground of Hamburg, Germany, for nearly a decade – Pure Tonic finally got a savage taste of the success their sleaze-driven sound truly deserved at long last. Riding high on adrenaline and surging with momentum, they took over 2020 with new singles & videos for ‘Dead Inside’ and ‘No Worries’ – and in 2021, they’re set to melt your speakers & screens with their latest cut ‘Suck It Up’ this October.

An amped-up anthem with nuclear energy and supercharged hooks designed to make a severe impact on anyone within earshot – ‘Suck It Up’ is Hard Rock at its most addictive, and guaranteed to reveal the very best you’ve heard from Pure Tonic to-date. Proudly backed by Initiative Musik Foundation and the experts at the LIVE TALENT Records label, with exclusive distribution provided by the support of Kontor New Media – Pure Tonic is firing on all cylinders to ensure this next year of their career solidifies their legacy, 100%.

As they prepare a scathing set-list for their upcoming album by embarking on a mini-tour to Austria and playing every local stage across Germany that has enough juice in the electricity for them to plug into – Pure Tonic’s ‘Suck It Up’ is set to make its debut live on stage this year, in addition to its official release online this October 8th. Available on every major music platform – ‘Suck It Up’ cranks out the riotous audio 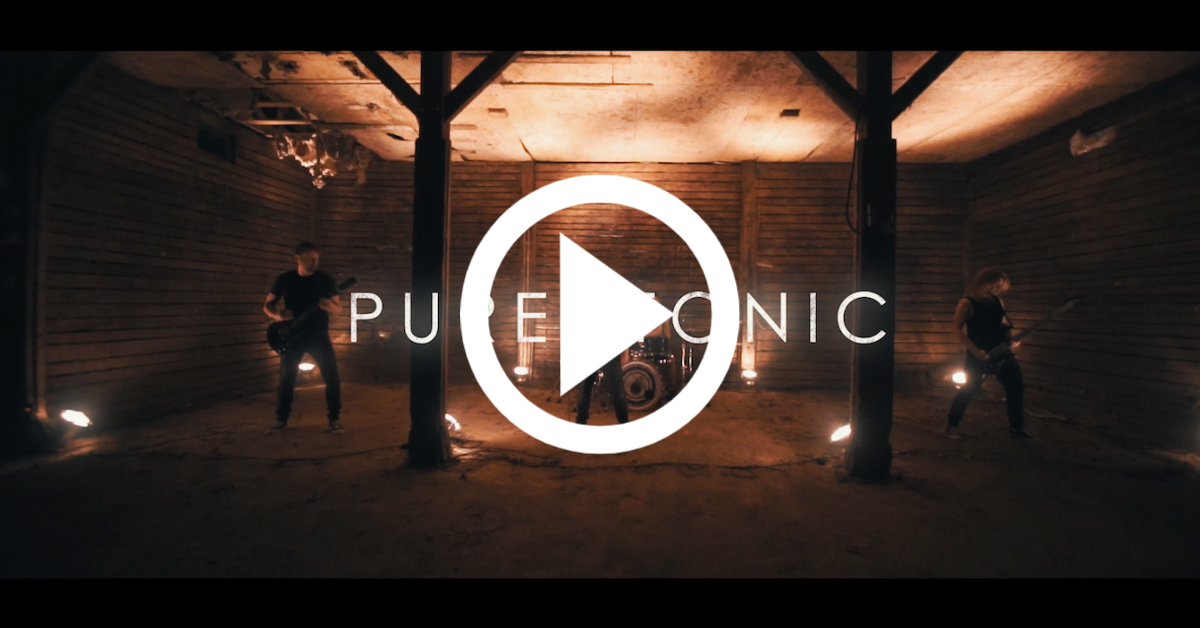 Pure Tonic are a 4-piece rock outfit from Hamburg, Germany. The band see themselves as missionaries of stadium and Sleaze Rock. They bring captivating melodies, elaborate guitar riffs and almost hymn-like vocals fusing both contemporary rock and metal elements together to create something modern and new.

Pure Tonic first began their journey in 2010, building a solid fanbase in clubs and festivals all over Germany. Pure Tonic have shared the stage with bands such as Torfrock, Montreal, Liedfett, Slapshot, Le Fly and Rantanplan. Pure Tonic were awarded for their live performance at the Germany finale of the SPH Bandcontest (The biggest band contest within the German community). Pure Tonic received the award for best guitarist in January 2017, amongst others.

Pure Tonic worked hard in the studio November 2018 under the guidance of producer Zoran Grujovski. They recorded their debut album in the legendary GAGA Studio within a very short time frame and created a product with the intention to awaken Sleaze Rock fans from a deep sleep and conquer new hearts and ears with their explosive new sound.

In the spring of 2019, the time had finally come. Bliss n' Bleakness' saw the light of day and conquered in one breath. International radio airplays, curated playlists on well-known streaming platforms and a wide range of media coverage were the fruits of their self-contained songwriting. The crowning glory was the following European tour through France, Germany, Switzerland and Austria in October 2019, presented themselves to their audience as an energetic live act. Inspired and motivated by their successful European tour, the bar for the new songs was raised considerably. A short time later Pure Tonic went back into the studio again with their new found enthusiasm and together with Zoran Grujowski three new works were produced, whose gain in maturity cannot be ignored. These singles were released during 2020 with the kind support of Initiative Musik Förderung.

The new single 'Suck It Up’ (release October 08, 2021 LIVE ★ TALENT Records via Kontor New Media) includes a unique video. Further singles from the band Pure Tonic are currently in the pipeline. Be sure to follow this young and upcoming band as they are catapulted into mainstream success.